"Janet Dawson in her studio" oil on board, 33x32cm, 2017 - ARTWORK SOLD
Artist Statement:
Janet Dawson at the doorway to her studio
Janet Dawson is a pioneer of colour field painting (a form of abstract painting) in Australia. In 1973, she became the third woman to win the Archibald Prize with a portrait of her husband, the actor and playwright Michael Boddy.

‘After meeting Janet at our gallery in Sydney, Stella Downer Fine Art, I decided to travel to Geelong to paint Janet in her studio,’ says Ashley Frost. ‘I was inspired by her Archibald-winning work, which evokes a wonderfully contemplative feeling through the way she captures Boddy’s gesture and gaze.

‘I wanted to capture something of this intellectual gaze in my study of Janet. I have used a heavy impasto layering of oil paint to evoke the layered complexity of Janet, whose warm and expressive face is just the outer layer of one our most accomplished and talented artists,’ says Frost. 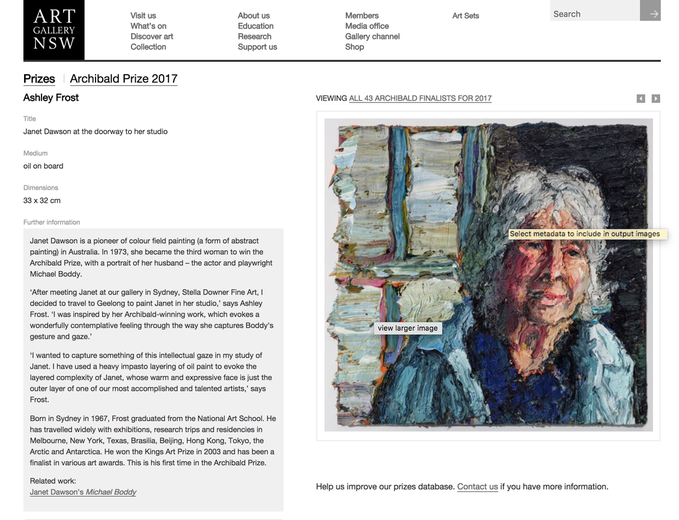